For decades, Radojica Martinovic was waiting the day when he will announce that his tool shop, only recently a workshop that manufactured coffee grinders, scales, and meat slicers, will start mass production of coffee grinders with stone and practically grew into into the first private company that is producing coffee grinder for coffee roasters, small, medium and large supermarkets.

Alatnica Martinović has actually inherited "trademark" of the mill producer and trader Ljuba Kesarovic, who brought to Belgrade the first mill for grinding roasted coffee with stone called "indianer" in 1932.

Old Belgrade's coffee smelled so nice, just because ground same as in the water mills

Later on, metal cutters replaced stones in electric mills. In 1958, Radojica Martinovic (founder of the company) realized how much it is unfair to coffee. Metal grind coffee and heat it so the coffee partially loses its essential oils and unnecessarily creates slightly sour taste. Mill with stone, which is a good thermal insulator, does not heat up coffee and fine coffee dust that come out from the machine is cold.

In Europe, which is now returnig to healthy foods, just the opposite is happening. Coffee is less milled with metal knives and increasingly with circular stone slabs. Alatnica Martinovic mills that are now presented to the public and customers even if the are world class , are not copies of other's. They are Martinovic original construction and the fruit of long experience of craftsman who produced so far over 3000 mills in 40 years. 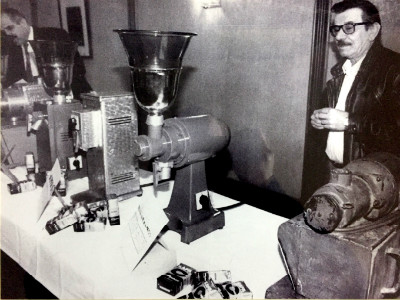 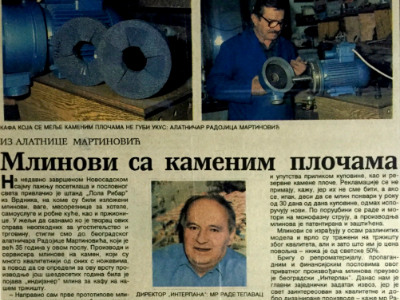 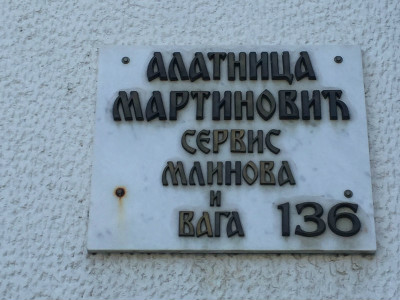